The other day I had a 121-mile flight on a Dash-8.  The flight was almost done boarding when a lady in the back got up and said “I can’t stay on this, I can’t stay on this!” over and over and ran off.  There was no jetbridge so the FA proceeded after he saying she can’t leave unescorted.  The FA was yelling from the plane and the lady was yelling from outside.  I guess eventually the gate agent joined the fray to escort her back to the terminal and we were able to proceed.

I started to wonder if this was like the movie “Final Destination”, but since my flight landed just fine obviously the lady just had issues with being on a 30-seat plane. 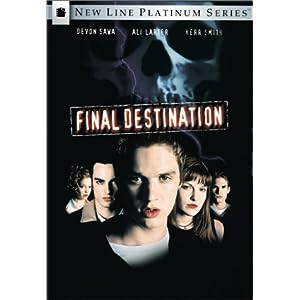